Dear Mandela is a documentary about the struggle for housing in post-apartheid South Africa. It follows a community organization called Abahlali BaseMjondolo (which means “people of the shacks”) in its fight for housing rights (which are supposed to be guaranteed in the constitution of South Africa). In the film, the ANC is portrayed as having “fallen from grace” to an extent in that they have failed to deliver in their promise to bring equality after apartheid.

The structure of the documentary is reminiscent of films like Harlan County, USA that follow a community through a significant amount of time during a specific struggle. In this case, Abahlali BaseMjondolo decides to take the fight for housing to a constitutional court, arguing that the demolition of shacks is unconstitutional considering that they are not being provided with adequate alternatives. They find that the ruling ANC is willing to use violence and coercion to prevent its victory in the courts, and there is even a moment when ANC supporters come and harass them while they’re outside of the courtroom. This exposes a serious contradiction in post-apartheid South Africa, as the ANC continues to command much respect for its role in bringing about the end of the apartheid regime. For example, one of the activists is in the midst of a community meeting and denounces all political parties, and when he denounced the ANC: the room grew silent. This contradiction in South Africa continues to be a significant political question as related to recent events like the massacre of 34 miners this year and the complex relationship between the ANC and the mining unions.

This difficult fight against the state in the courts is an example of what many have called the “new apartheid” or “economic apartheid” in South Africa. While the formal racist rule came to an end with the victory of the ANC, class inequality continues. This film sharply highlights this inequality, showing that many of the folks who live in these shacks are workers who just cannot afford to live in the cities in which they work.

Abahlali BaseMjondolo wins their court battle, which was an important victory. This victory was an important step in achieving real housing rights for South Africans, although there is still a long road ahead, as this documentary points out through its optimistic message.

At the screening of the film I attended (that was put on by the Center for Place Culture and Politics), the film makers were encouraging people to set up screenings of the film to help promote the film itself and raise awareness of the struggle in South Africa. http://dearmandela.com/

This short (around half an hour) documentary is about a strike by West Virginian coal miners that got violent in the early 1980s.  It should be of interest today as some of the main players of the strike continue to make national news headlines: Richard Trumpka, who is now the president of the AFL-CIO, and Don Blankenship, Massey Energy CEO who got national headlines when a mine operated by Massey exploded a few years ago, killing many workers inside.  Massey Energy also engages in a lot of “mountain top removal” which has become quite a contentious issue in West Virginia, for workers, environmentalists and the coal industry. 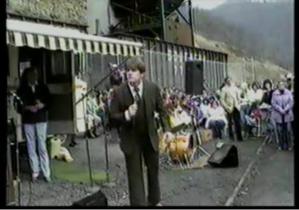 This documentary accounts for a strike that got violent and was a very important event for the union movement of West Virginia (the unions have consistently been busted since).  Interviews with striking workers, and scabs that were brought in either from other states or interestingly were local police before the strike, are contrasted throughout the film.  The class consciousness of the striking workers is quite high, the violent history of West Virginia’s labor disputes remains an important lesson for them throughout these interviews.  It’s also interesting to note that a high level of solidarity with South African workers is kept with the striking workers who are well aware that Massey is exploiting workers on an international scale and that solidarity is important if they wanted to have a fighting chance.

Another interesting part of the documentary are the interviews with Don Blankenship and the scab workers.  Blankenship makes similar arguments as a boss of a profit-making corporation that the fictional boss in Godard’s Tout Va Bien makes to not only justify his company’s position against the workers, but to defend capitalism itself.  The scabbing workers often either are visibly uncomfortable about the backlash by the community and striking workers and are very open about the fact that they regret what they’re doing, or their excuses rest on relatively empty notions of “freedom” and the “right to work.”

This short film demonstrates the aspect of coal mining that is all too often left out of the current debate on moutain top removal, and reminds me of a Monthly Review article titled “What Every Environmentalist Needs to Know About Capitalism” that links these two important subjects.

The documentary can be viewed in its entirety here: http://appalshop.org/film/minewar/stream.html

This documentary offers an excellent account of Cuban involvement in Africa.  The documentary accounts for a long period in this “Chapter of Cold War history” (thus is too much to sum up in one post here).  The documentary is in two parts and covers the time from when Che first went to Africa to help with the conflict in the Congo all the way until the fall of Apartheid. 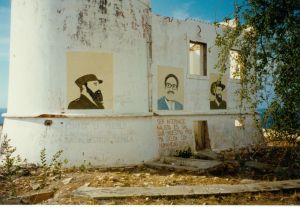 The documentary also does an excellent job at contextualizing Cuba’s involvement as an anti-imperialist endeavor.  It is very sympathetic and honest about the fact that Cuba was instrumental in ending colonialism in Africa (especially via Cuba’s invovlement in Angola) .  It’s hard to explore this topic and not come to the conclusion that Cuba’s involvement in Africa was anything but liberating to the people of Africa.

The most interesting thing about the documentary is its account for the relationship between the USSR and Cuba in the context of involvement in Africa.  The documentary portrays the USSR as not really wanting to get too involved in Africa for various diplomatic reasons, yet Cuba was the driving force here.  Cuba was acting independently and even trying to use its relationship with the USSR to help liberate Africa from colonialism by playing cold war politics very intelligently.  This certainly dispells the myth of “all allies of the USSR just took dictates from Moscow” as Cuba, in this case, was the real driving force.

I highly recommend this documentary to those interested in Cuba and anti-imperialist struggles in general.

(Edit: the original publishing of this I was under the impression that this was a BBC documentary, which it is not.  I have edited the post to reflect this)